Do You Really Want to Minimise Your Tax?

Most people dislike paying tax and would do whatever they can to minimise the amount they pay the ATO. They often say, “My accountant is great as he is cheap, and I hardly pay any tax”.

This is completely understandable and makes sense, but being a contrarian property investor, I would suggest that you might actually want the opposite i.e. an accountant who charges a lot of money and also gets you to pay more tax.

If you earn $80,000 a year and you spend very little and minimise your tax, the most you can increase your wealth by is $80,000. Whereas if you invested your money wisely, there’s really no limit on how much you can make.

1) The cheapest adviser is often the most expensive.

As a general rule, most advisers charge based on their skill level and what their clients are willing to pay. One that charges low fees will often attract clients that are just buying on price and they may not have the confidence or skills to be able to charge more for the advice they’re giving out. High charging advisers often only get to charge that amount because their clients get value out of their advice and still see that they get a return on their money even after paying the adviser. Would you rather an adviser charges you $250 and saves you $2,000 in tax or an adviser that charges you $2,000 but shows you how you can make another $10,000 – $20,000 a year by educating you around investments and wealth creation?

2) If you pay no tax, you’ll never get a property loan.

Times have changed over the last few years and the banks and lenders are very concerned about borrowers’ abilities to repay loans. 10 years ago, it was relatively easy to borrow $600k – 800k if you had a $1m property even if you didn’t have much of an income – it was called an asset lend or low / no doc loans. Now it’s gone completely the other way, and not only do they want to see every dollar of income, they’ll also look at every dollar you spend personally to ensure you can repay a loan. So, if you have an accountant who minimises your income and tax down to zero, the chances of you getting a loan is almost impossible.

3) Concentrate on building your assets, not your income.

Whilst having a high income is great, it’s unlikely to make you rich. However, controlling more assets, especially if they are appreciating assets, will do especially over time thanks to the 8th wonder of the world – the magic of compounding. The more you can sacrifice in the earlier years, the more you’re likely to benefit in the later years. Whilst increasing your working hours from 40 to 60 hours a week will help it’s unlikely to make that much difference to your long term pay packet. So, I would rather put an extra 10 hours into work rather than 20, and then use those other 10 hours to concentrate on educating myself about property and wealth creation – it’s all a matter of balance

4) You pay for experience or you pay for your mistakes.

Experience is often cheaper. It’s very hard to do something for the very first time and no matter what you are trying to accomplish you are bound to make some mistakes. The idea behind having a coach/mentor /adviser is that if they have done it for themselves or for their clients beforehand, they will have a greater chance of finding a more efficient route the second time or definitely by the 49th or 50th time as they will then have become a specialist. I see many people that have bought a property and it’s taken them 10 years to realise it hasn’t grown. It’s not the stamp duty and selling costs they’ve really missed out on, it’s the 10 years they’ve lost and potentially a whole property cycle.

I believe that trying to save money, especially on advisers is a false economy. Our parents’ generation tried to get rich by saying “look after the pennies and the pennies will look after the pounds” whereas the modern generation says, “you’ve got to spend money to make money”. A worldly adviser can open your eyes to how other wealthy people are trying to create freedom and choice in their lives and as they will have seen many people to do it before they are more likely to be able to assist you.

Likewise in property, getting the right advice can be worth literally millions of dollars in capital growth over the course of a generation. The answers can be simple, yet they seem secrets only the wealthy few know.

If you have property as part of your investment strategy or are considering it sometime in the future, you absolutely must be prepared for opportunities and threats in all financial climates. It’s not worth risking everything you own investing in something you know very little about. Smart investors spend time and money getting the right information and advice before they make their biggest financial decisions. Most people unfortunately listen to hearsay, next door neighbours and well meaning friends and family who know little to nothing about building true wealth. It’s important to decide which type of investor you are.

Are You Ready to Build Your Property IQ? 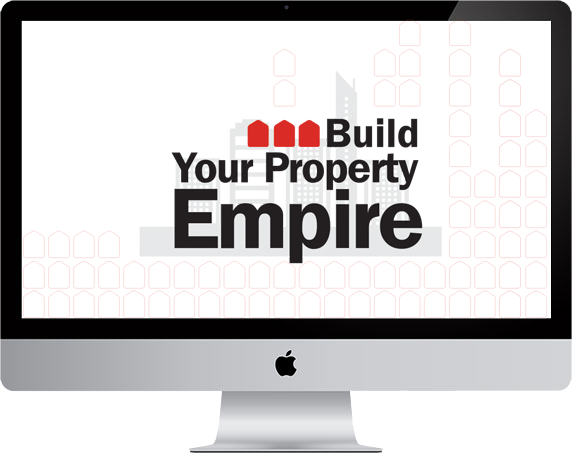 Discover More About The Course

As an exclusive offer for referred clients, use the bonus code "MyAccountant250" when joining for $250 off

Want to Discover More About Chris' Property Course? Take Me There
\
<!-- End of HubSpot Embed Code —>